To honour International Women's Day, I asked my fellow Multipliers to share examples of women they admire. I was heartened, but not surprised, to receive a flurry of submissions from our male staff, as we are an agency driven by equality.

Suggestions ranged from scientists to politicians, old and young. Read on to find out more…

"A name you won’t be unfamiliar with, she is a 29 year old Democratic party member and since she assumed office at the start of January, she’s made quite an impression. She’s been hailed as the future of politics. She will be inspiration to young woman of all ethnicities and men will not be able to deny her intelligence, tenacious nature, committed approach and leadership. We’ve had the female role model pushed to us by Hollywood; slim, sexy, female super heroes taking on and beating muscled men on their terms. That’s all bollocks and easily dismissed as fantasy.  AOC is real and is hitting hard at the centre of the male dominated political world. She’s taking them on. She’s the real deal.”

“For the past few years, the Scottish Parliament has been dominated by female leaders. I loved the Holyrood political scene with Kezia, Ruth and Nicola, no fuss made about it and although I was bias to much of their politics it was inspirational to see my daughter witnessing this as she completed her education.”

“40th Prime Minister of New Zealand, Jacinda became the world’s youngest female head of Government – she’s a social democrat and progressive. In 2018 she became the second elected head of government to give birth while in office, and she’s proved that Mums are just as capable, even taking her little girl to work, to accommodate breastfeeding.”

“If you’re not a comic or publishing fan, you may not be aware of Woolfolk. She was one of the first women in the comic-book industry. She was an editor at DC Comics and she helped create Superman’s Kryptonite.”

“You probably know Lamarr’s name from Hollywood, but did you know she was also an inventor? She was largely self-taught and spent her spare time on inventions. She suggested a change in shape to airplanes, inspired by fast birds and fish. She shared pictures of these creatures with aviation lead, Howard Hughes. She also worked with her friend, a composer, to create a frequency hopping signal, to help with keeping torpedoes on course.”

“A Scottish politician, Jennie Lee was Minister for the Arts for six years under Harold Wilson. She played a leading role in the development of the Open University, with the objective of open access to further education for everyone. A really inspiring lady who believed that everyone should have the opportunity to learn.”

“The notorious RBG is a force to be reckoned with. She’s been an advocate and a protester for Women’s Rights for many years. She was appointed to the Court of Appeals by Jimmy Carter in 1980 and has been making waves ever since, moving to the Supreme Court in 1993, appointed by Bill Clinton. She’s an advocate of the people, leading the charge in the Affordable Care Act, and legalising Same Sex Marriage.”

“Yes, the ‘one from Bridesmaids’, she’s had a few misses with films, but her acting quality remains. She has unbelievable comedic timing, and was nominated for Best Actress at this year’s Oscars.”

“Sue’s had an incredible life. From young single mother, living in a refuge, she turned her life around by studying Maths at night, leading her to a University place. She’s a computer scientist and social entrepreneur, and she helped save Bletchley Park – a crucial site in the WW2 victory.”

“Khan stood up to a vile EDL protest. They were situated in Birmingham, attempting to show their political feelings via an aggressively toned march. What they hadn’t bargained for was a young woman, to fight back. Khan, half Pakistani and half Bosnian, countered the protesters with a cry of “Islamaphobe”, they then circled her, and she took the opportunity to let her feelings be known.”

“The first woman to have flown in space, not too shabby an accolade. She was selected from 400 applicants and was honorarily inducted into the Soviet Air Force. She was also the first civilian to fly in space.”

“Born on a cotton plant in Arkansas, Sister Rosetta went on to some pretty extraordinary things. She’s responsible for using heavy distortion on electric guitars, and is known as the “original soul sister” and “Godmother of rock and roll”.”

“Civil rights activist and most famous for the Montgomory bus boycott, Parks was a force to be reckoned with. She’s been named the “mother of the freedom movement” and worked closely with Edgar Nixon and Martin Luther King Jr.”

“Did you know that Kate Bush was a the first female to top the charts with a self-written song?? She’s a pretty amazing musician.”

“A Russian mathematician who published over 200 scientific works! It was her 97th birthday yesterday, during her life, she went through alot, but she was one of the most influential mathematicians.”

“25 year old Muir – a total inspiration – University exams at the same time as training and competing as a World Class athlete.”

Who are you celebrating today?

Power to the people 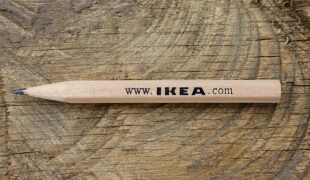