Are Sci-Fi sunglasses worth the embarrassment?

Are Augmented Reality’s Sci-Fi sunglasses worth the embarrassment?

The last couple of years have seen a massive resurgence in Virtual Reality, and as exciting as the opportunity of being totally immersed in previously unseen virtual worlds has been, it has often come with the discomfort of feeling isolated from “real” reality as the headsets blocks out any audio-visual cues from real world beyond . And if users felt self-conscious wearing 3D glasses in a cinema, how would they feel with a large opaque box strapped to their heads? Well, the latest wave of augmented reality headsets and applications deliver an amazing blend of the real and virtual world using head mounted displays that aren’t unlike (admittedly slightly oversized) sci-fi sunglasses. Just might be worth the embarrassment in the battle of vanity vs technology?

Of course, Augmented Reality isn’t new. In fact, conceptual writing about augmented reality dates back to the early 1900’s, but the widespread use of AR ties into the advances in both mobile and tablet computers where the mix of onboard cameras and graphical processing power has seen a huge rise in commercial AR.

Fast forward a decade or so and the power in our handheld (or head mounted) devices has multiplied and the technology to place computer generated media in the real world, and even to interact with it, is fast becoming a reality – as hordes of Pokémon collectors will attest.

The simple, yet significant difference in the experience when wearing a headset, over holding a device is the next step forward. Headsets deliver a more cohesive and convincing illusion of the digitally augmented reality. With Microsoft’s HoloLens already shipping to developers and the almost mythical Magic Leap promising that it’s first headsets will ship this year, it's a massively exciting time to be involved with these technologies. Augmented Reality demonstrations, although carefully staged and filmed, are quite staggering with everything from Minecraft appearing in 3D on a table top, aliens bursting out of a lounge wall through to a life sized virtual circus stage complete with live dancers. It's early days yet, especially with limited field of view of current headsets, but the pace of technological development shouldn’t be underestimated; it’s only a matter of time before the technical limitations are overcome.

To further confuse matters though the term Augmented Reality is being superseded by Mixed Reality in some quarters – the subtle difference being that in AR the overlaid content does not interact with the real world, whereas in Mixed Reality the overlaid content is sufficiently aware of the surfaces within the real world it's being superimposed on to be able to interact with it – albeit in a very limited manner. As an example, in an Augmented Reality application you could have a ball bouncing in relation to a marker, but if that marker was in mid-air the ball would still bounce in mid-air. In a true Mixed Reality application the ball would recognise surfaces and bounce and roll on them as if it were a real ball.

With so much of the focus from the tech companies appearing to move towards Augmented/Mixed Reality there’s no doubt that “real” reality is going to be facing some interesting competition from its computer enhanced version in the not too distant future. As long as users don’t mind the sci-fi sunglasses look. 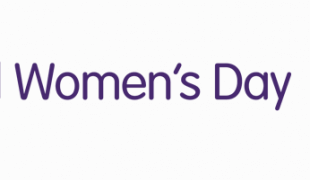 The One Dimensional Dad 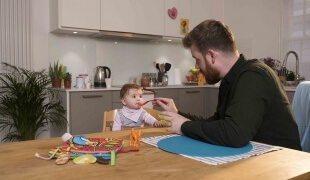