I’ve been asked on various occasions over the last few years to specify suitable camera hardware to enable clients (or friends) to capture events or short promotional pieces without the typical cost of employing a professional production company. When this same point came up again recently for an internal purchase it reignited the debate around the belief that by purchasing high end hardware your footage will immediately attain the standards of a Hollywood blockbuster.

The reality is not quite this. In fact it’s quite the opposite. Good filmmakers can make a surprisingly polished film using almost any level of hardware.

A prime example of this can be seen in the micro-budget film “Tangerine” (https://www.youtube.com/watch?v=fUxRxgtYt0M) which caused a stir at the Sundance Festival earlier this year having been shot entirely on an iPhone 5. The trailer demonstrates the quality that can be achieved by a skilled team on a micro-budget using the same hardware that many of us carry around in our pockets. Working with this basic hardware and low cost consumer apps the team involved emulated the cinematic quality of footage which wouldn’t look out of place in many an indie feature film.

There’s no trick to this really, it’s about the basic understanding that the technical aspect of creating a film is much more about framing, lighting and capturing good quality sound than simply the hardware you can afford to buy. And that’s not considering the wider teams’ creative input on all of these, plus the quality of script and post production required to make a polished film.

Beyond this, working with the limitations of the hardware can similarly offer exciting opportunities. Having a camera in a tiny compact body means you can shoot in tiny spaces, from surprising angles, or even make use of the hardware’s inherent limitations. Director Malik Bendjelloul of Oscar winning documentary “Searching for Sugarman” (https://www.youtube.com/watch?v=KKXewWDh1og) famously ran out of money whilst attempting to complete the film and turned to his iPhone and an 8mm Vintage Camera emulation app to shoot several scenes for the film – in this case making practical use of the fact that he didn’t have a top end camera by not even attempting to emulate one.

Advances in low budget, high quality camera tech are partially to blame for the belief that the hardware is of paramount importance; the explosion of DSLR filmmaking which has allowed a generation of filmmakers to shoot absolutely stunning imagery on consumer level hardware has fed a PR machine for the camera manufacturers suggesting the result is entirely based on the quality of the camera hardware, upselling year on year, as opposed to the years of experience of the creatives and technicians involved in the production.

It’s not to say hardware is unimportant, but it’s only one factor in many.

So in response to this question of specifying hardware, of course it’s possible to help steer people in roughly the right direction to meet their basic requirements, but without massive effort, a large team of multi-skilled professionals the results are going to be disappointing to anyone who dreams they are about to match the next Bond film’s production values by simply purchasing a glistening new 6K RED Camera.

Flash in the Pan 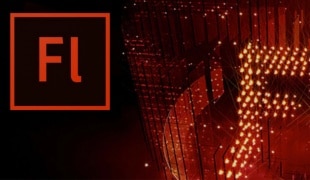