It is thought that the average person owns three loyalty cards, and that they are fantastic tools for retailers to collect data about their customers and their spending habits. However, are the general public getting the value for money that they think they are? With 1 in 5 of us sitting on unused rewards and over 40 schemes available in the UK, are we spending too much time trying to find the best deals rather than getting them? There is believed to be over £6bn worth of unclaimed points across the top 10 loyalty schemes.

In June 2016 Morrison re launched its ‘More’ card. As a newcomer to the loyalty market (having originally launched in 2014), members could already collect points throughout store but they have subsequently added points collection across their cafes, pharmacies and petrol stations.

In April last year Tesco announced it was stopping its popular double Clubcard events, with the last one taking place in June. Clubcard is the third most popular loyalty scheme in the UK, with over 25% of the UK’s adult population owning one. Customers are extremely disappointed by this change, as many would save up their points to help pay for special occasions such as Christmas. It is thought that Tesco are moving their focus to partnerships with other brands, allowing their customers to save money elsewhere while protecting their own profits.

In the UK, we have long been used to the supermarket industry’s oligopoly, with the ‘Big 4’ looming over us. In the past we've had little choice and shopped based on convenience - and fooled ourselves that we were receiving value for money... sucked in by the various loyalty schemes available to us and taking advantage of the ‘fantastic’ money saving offers in store.

But is the British food shopper now wising up?

With the annual inflation rising from 0.6% to 1% in September last year, the highest it has been for several years, food prices are rising too. Until two years ago, this household cost was falling at the fastest rate since 2002. And we are yet to see the full impact that the Brexit vote will have on our food shop. Just this past October we saw panic spread across the big four as Unilever attempted to increase its prices by 10%. This led to Tesco running short or selling out of a variety of well-known consumer brands such as Marmite, Dove and Persil across the nation. We also saw Morrison’s increase the price of Marmite by 12.5%.

With these cost increases, shoppers have had to become smarter. Rather than sitting on rewards and shopping with a long-term goal in mind, they are now looking for the instant reward – cheaper prices now rather than a promised saving in the future.

This is part of the reason why Asda does not offer a loyalty scheme. Their line on this is that

"At Asda we reward all of our customers for their loyalty by charging low prices every day of the week, all year round."

By using MySupermarket, a independent price tracker that keeps tabs on what their competitors are up to, they are able to constantly remain cheaper than its competitors.

Savvy shoppers are searching for discount stores such as Aldi and Lidl, who incidentally reported sales growth of 12% and 21% respectively in 2015, with the 'Big 4' struggling to show sales growth and an increase in profits year on year.

As a nation we are all developing our own individual shopping habits. Are the days of saving points, collecting coupons and shopping around  for the best deals on single items over? Are we now more likely to head to just one destination where we know we can achieve the lowest cost overall for our shop, thus receiving an instant reward for shopping with a particular retailer?

I guess we can only wait and see what happens throughout 2017. With an anticipated hike in prices across the board we are likely to see supermarkets fighting harder than ever to retain their customers, which will result in yet another change in direction for shopper behavior.

A Better Way to Buy? 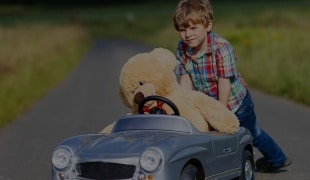 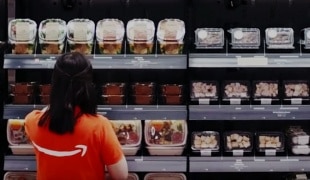