The World is Flat... in VR Video
Andrew Murchie

Stereoscopic 3D isn’t quite the hot topic it was 5 years ago, however its influence on the VR experience should not be underestimated as it is actually a major factor in the psychological illusion convincing you that you’re standing in a different, yet fully realised, 3D world.

Our first experiments with Virtual Reality in Multiply in early 2015 were based on a virtual reproduction of a Tesco aisle (I know, I know) created to demonstrate point of sale in situ. This was initially created in Adobe After Effects as a stereoscopic 3D video piece to be screened on a large 3D monitor at a brand event. Considering we had already created a 360-degree environment around which we could animate our virtual camera, and with some experience of creating panoramic imagery, it wasn’t a major leap to work out how we could generate the required views for a stitching program to stitch together a fully panoramic image that we could potentially view using one of the basic mobile phone based VR viewers which were starting to appear at the time.

So we took the leap and generated then stitched a 2D version. We located a suitable VR viewing app so we could demonstrate this as an immersive virtual environment. And it worked, it looked pretty good (in 2D); most users were amazed at the experience of donning the headset and being able simply to look around a static environment. But it just didn’t quite do it for me.

It was flat. It felt like I was standing inside two spheres with images stuck on the inside of them. It was interesting and kind of immersive, but it just didn’t feel like I was there in the way that some of the 3D VR apps based on gaming tech made me feel. I didn’t feel the depth of a real space. And that was due to its lack of dimensionality!

The obvious question would be: why not simply create a 3D version from this source then? The response to that would require a much longer and more technical post as the hurdles to generate a 3D 360 degree version from After Effects were, and still are, substantial (regardless of what some tutorials may claim).

Which brings us to my current concerns regarding the current clutch of consumer VR cameras, the majority of which are strictly two dimensional affairs*. Yes, it is exciting to be able to share 360 video with the family, and to be able to point-and-shoot simply with these devices but it doesn’t meet the brief of delivering a fully immersive experience, it still positions you in that flat world bubble.

So for the time being I'd suggest sticking to "live" VR apps developed in Unity (or similar) if you want a good quality VR experience until such time as generating stereoscopic 3D VR video and animation becomes practical and professional, at least in final appearance.

I, for one, definitely prefer my world to be round.

* The 360 cameras that do operate in 3D generate footage with stitching anomalies that are so obvious in 3D that they just don’t deliver a good experience for the viewer. 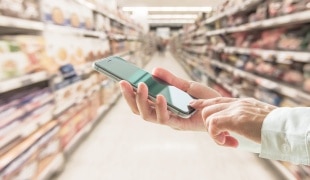